Ryoji Ikeda opens Crossing the Line Festival 2017 with his most recent audiovisual concert. Ikeda stands alone on stage surrounded by mammoth projections of mesmerizing black and white digital imagery. With raw data and mathematical models, he masterfully mines information for rhythmic beats. The result is a beeping, pulsating, immersive mix of sound and multimedia art that dazzles the senses and explores the nuances between, in his words, “data of sound” and “sound of data.”
Tickets $45-60

Co-presented with The Metropolitan Museum of Art 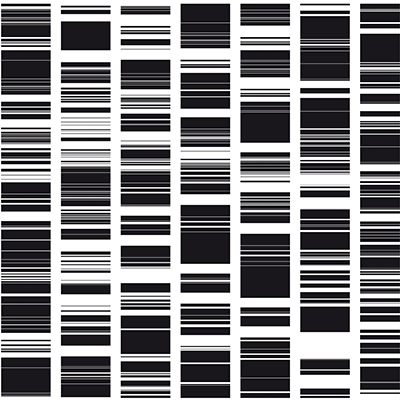 Ryoji Ikeda is a renowned visual artist and one of the world’s leading electronic music composers. He is known for using mathematical principles and aesthetics to explore the characteristics of sound and light with precision and rigor. Ikeda’s ultra-spare beats and mesmerizing audiovisual installations are astonishing to encounter in museums and clubs alike. Ikeda has performed and exhibited worldwide at venues including Centre Pompidou (Paris), Sonar Festival (Barcelona), Tate Modern (London), Festival d’Automne (Paris), and Park Ave Armory (New York). Ikeda made his US debut at Crossing the Line Festival in 2010, and last appeared at the festival in 2014, when he performed superposition at The Metropolitan Museum of Art.