Gallery will be closed Nov 7-13

French photographer Alain Willaume makes his US debut with an immersive installation of his haunting work. Willaume works outside the traditions of documentary photography to create unusual photos that evoke a ghostly undercurrent in our everyday lives. Depicting meditative figures in barren landscapes and dusty roads, he highlights fractures in the places we call home. His enigmatic images tell of the violence and vulnerability in the world and the human beings who inhabit in it. This immersive installation designed by François Hébel for the FIAF Gallery invites new perspectives into Willaume’s global body of work.

This is the sixth exhibition of the French Protocol series in the FIAF Gallery, curated by François Hébel.

Free and open to the public 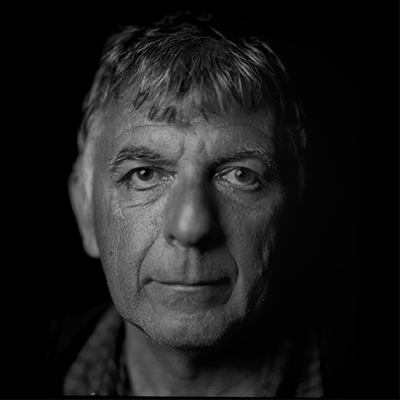 About Alain Willaume
Alain Willaume began his photography career in 1979. He received the Kodak Award “Prix de la Critique” in 1979 and the First Prize Sony World Photography Award in 2011. Since 2010, Willaume has been a member of Tendance Floue, a French collective of experimental photographers which received the ICP Publication Infinity Award in 2007 for the book Sommes-nous?, featuring text by Jean Baudrillard. Willaume lives and works in Paris. Since 2003, he has been a guest professor in art schools including Strasbourg and more recently Nancy.

The French Protocol
VULNERABLE is the sixth exhibition in the French Protocol series, through which François Hébel and FIAF aim to introduce contemporary French photographers with distinctive styles to American audiences. A type of conscious and controlled photography, the French Protocol, as Hébel sees it, is the antithesis of the “decisive moment,” the term famously coined by Henri Cartier-Bresson. Instead, it defines technical approaches and serial aesthetics—a frame, a light—that together become the signature of the project or the entire work of the photographer. This approach was first developed by the Anglo-Saxons while the French were attached to photo reportage and humanist discourse. However, a new generation of French photographers has brilliantly adopted the technique, applying it to a variety of photographic modes.

About Francois Hébel
As director of Les Rencontres de la Photographie in Arles (1986-1987), Hébel was crucial to exposing a whole generation of photographers to the general public, including pivotal figures of the 1980s such as Martin Parr, Nan Goldin, Paul Graham, Annie Leibovitz, Sebastiao Salgado, and Eugene Richards. After leading the Magnum photo agency (Paris and International) from 1987 to 2000, Hébel returned to the prestigious festival Les Rencontres in 2001, resuming his role as director for the next 13 years. Hébel is also the founder and director, since 2013, of the Foto/Industria Biennial in Bologna, Italy; co-creator of the Photo Spring festival in Beijing, China; and Artistic Director of the Mois de la Photo du Grand Paris in 2017.

About Tendance Floue collective
The tightly knit and highly resourceful photographic collective Tendance Floue has, for more than twenty years, shared everything from money to authorship. It is a photographic co-operative owned by its photographer-members. Thanks to exhibitions, installations, projections and a protean editorial production, the group's fourteen members confront issues of artistry, technology, and the human condition, constantly exploring a number of innovative processes. Beyond their individual approaches, the fourteen photographers, in a collective spirit, have launched into an all-encompassing photographic adventure of a different order, akin to performance. Collective projects are at the core of Tendance Floue and constantly engender new organic matter. Tendance Floue received the ICP Publication Infinity Award in 2007 for the book Sommes-nous?, featuring text by Jean Baudrillard. The photographers of Tendance Floue are: Pascal Aimar, Thierry Ardouin, Denis Bourges, Gilles Coulon, Olivier Culmann, Grégoire Eloy, Mat Jacob, Caty Jan, Philippe Lopparelli, Meyer, Bertrand Meunier, Flore-Aël Surun, Patrick Tourneboeuf, and Alain Willaume.