Artist Claudia Huidobro―one-time supermodel and muse to Jean Paul Gaultier as well as some of the greatest fashion photographers of her generation―creates powerful images that interrogate the cult of beauty and femininity. She takes part in performances related to her top model years.

Returning to Crossing The Line, Huidobro creates a new installation of photographs and collage. Juxtaposing self-portraits that obscure her face with images of women marked up for surgery, cutouts from magazines depicting pinups and housewives, and enlarged photos of combs, lipsticks, elegantly posed hands, and scalpels, she creates an arsenal of ordinary objects that dismantle the myth of the perfect woman.

This is the seventh exhibition of the French Protocol series in the FIAF Gallery, curated by François Hébel.

Free and open to the public 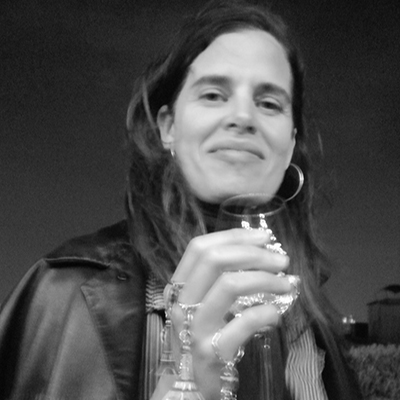 About the Artist & Curator

Claudia Huidobro
Of Chilean heritage, Claudia Huidobro was born in Paris, France, where she currently lives and works. After studying art in school, her first contact with photography came through her modeling career during the 1980s, when she worked with famous photographers such as Helmut Newton, Steven Meisel, Peter Lindbergh, Paolo Roversi, and William Klein. She became a muse to Jean Paul Gaultier, working closely with him in his studio. In the 1990s, Huidobro quit the fashion world to dedicate herself to theater, music, and visual arts. Since 2000, her drawings, collages, and photographs have been exhibited from Chile to China, and at several fairs in Europe. This is her third presentation in New York, having most recently appeared in Olivier Saillard’s performance "Models never talk," which was specially created for Crossing The Line in 2014.

The French Protocol
Through The French Protocol series, François Hébel and FIAF aim to introduce contemporary French photographers with distinctive styles to American audiences. A type of conscious and controlled photography, the French Protocol, as Hébel sees it, is the antithesis of the “decisive moment,” the term famously coined by Henri Cartier-Bresson. Instead, it defines technical approaches and serial aesthetics—a frame, a light—that together become the signature of the project or the entire work of the photographer. This approach was first developed by the Anglo-Saxons while the French were attached to photo reportage and humanist discourse. However, a new generation of French photographers has brilliantly adopted the technique, applying it to a variety of photographic modes.

Francois Hébel
As director of Les Rencontres de la Photographie in Arles (1986-1987), Hébel was crucial to exposing a whole generation of photographers to the general public, including pivotal figures of the 1980s such as Martin Parr, Nan Goldin, Paul Graham, Annie Leibovitz, Sebastiao Salgado, and Eugene Richards. After leading the Magnum photo agency (Paris and International) from 1987 to 2000, Hébel returned to the prestigious festival Les Rencontres in 2001, resuming his role as director for the next 13 years. Hébel is also the founder and director, since 2013, of the Foto/Industria Biennial in Bologna, Italy; co-creator of the Photo Spring festival in Beijing, China; and Artistic Director of the Mois de la Photo du Grand Paris in 2017.
Images © Claudia Huidobro