"This work bridges the gap between theater practitioners and their audience and transforms the theater into a shared space where these two worlds can meet and talk." — David Geselson
In this participatory theater project, French theater maker David Geselson tries his hand at penning letters to his audience’s lost loves, missing relatives, and estranged friends.

Over the course of a full day, Geselson will individually meet with New Yorkers and ask them to describe a letter that they couldn’t, wouldn’t, or simply did not write. With their permission, Geselson and guest performer April Matthis will stage a one-night-only performance of the approved epistles. The result is a charming, heartbreaking, and fascinating look at the things we let go unsaid.

An ongoing project, this work by Geselson and his company Compagnie Lieux-Dits was first produced at Théâtre de la Bastille in April 2016.
In English
50 minutes, no late seating
Free with advance RSVP

Unwritten Letters is supported by FACE Contemporary Theater, a program developed by FACE Foundation and the Cultural Services of the French Embassy in the United States with support from the Florence Gould Foundation, Institut français-Paris, the French Ministry of Culture and private donors. Additional support for women artists has been provided by Fondation CHANEL.

You're Invited To Participate

“If you’ve ever wanted to write a letter to someone dear to you but never did because you didn't dare, didn't know how, couldn't, or couldn't make it through, tell me about it and I'll write it for you.” — David Geselson

How it works:
David Geselson will spend time with select participants one by one to learn about the letter they wish they'd written. He will then write the letter for them and read it to them privately. If it suits them, they can keep it; if not, he will destroy the letter. With the participant's permission, Geselson may then use the letter as material for the performance at FIAF on September 22. All staged letters will be made anonymous.

Open to English and French speakers 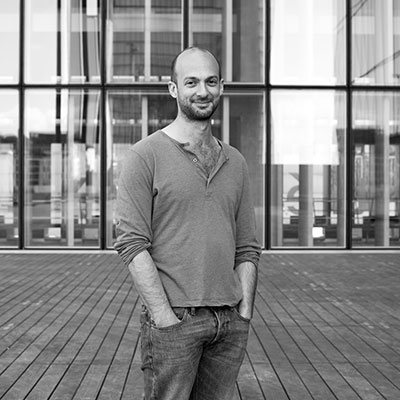 About the Artist & Company

David Geselson
Geselson is a writer, director, and actor based in Paris. Trained at the École du Théâtre National de Chaillot and the Conservatoire national supérieur d’art dramatique, Geselson both wrote and directed the plays Doreen (based on Lettre à D. by André Gorz) and En Route-Kaddish. Additionally, he directed Eli Eli by Thibault Vinçon and Les Insomniaques by Juan Mayorga. As an actor, Geselson performed in Tiago Rodrigues’s Bovary at the Théâtre de la Bastille in spring 2016 as well as on tour. He has also appeared on stage in productions directed by Brigitte Jaques, Cécile Garcia-Fogel, Gilles Cohen, David Girondin-Moab and Muriel Trembleau, Christophe Rauck, Gabriel Dufay, Jean-Pierre Vincent, Volodia Serre, Juliette Navis and Raphaël Bouchard, and Jean-Paul Wenzel. He has been seen on film and in television under the direction of Francis Girod in Terminal, Marc Fitoussi in La Vie d’artiste, Martin Valente in Fragile, Elie Wajeman in Alyah and Les Anarchistes (Quinzaine des Réalisateurs—Cannes 2012 and Semaine de la critique—Cannes 2015), Isabelle Czajka in La Vie domestique, Olivier de Plas in QI, Rodolphe Tissot in Ainsi soient-ils (seasons 2 and 3), and Vincent Garanq in L’Enquête.

Compagnie Lieux-Dits
Founded in 2009 by David Geselson, Compagnie Lieux-Dits is primarily concerned with the creation of contemporary works for theater. At the heart of its work is the intersection of fiction and non-fiction, as well as the tension between the power of politics to intimately affect individuals, who can then transform history in turn. In realizing its vision, the company relies on the powerful dynamic between a writer and a team of actors focused on forging new theatrical works that tackle current political, philosophical, and poetic issues.